Success
An American company gains the spotlight through sustainability

As the demand for more sustainable packaging solutions grow, Command Packaging, a North American manufacturer, gains the media's attention through a closed loop, plastic waste reduction solution that goes beyond just recycling. In spite of the economic downturn and flying in the face of the movement to ban plastic bags, Command Packaging has become a positive example for the media in their demonstration to the world that, if properly engineered, a continuous loop of plastic film and bag recycling program could be profitable and sustainable. Command Packaging's unique process eliminates millions of agricultural plastic waste into a reusable bag solution that bridges the gap between the demands for consumer convenience, retailer cost containment, protecting American manufacturing jobs and addressing environmental concerns. 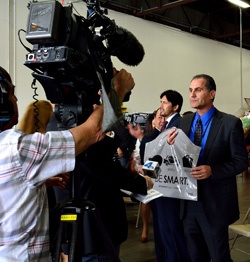 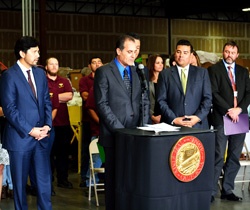 
Beyond the environmental benefits, Command Packaging promotes the economic advantages for Americans. This continuous-loop solution, made possible with the creation of their Encore Recycling center, is adding hundreds of green jobs to support the recycling, resin production, distribution and reusable bag manufacturing. In addition to new green manufacturing job creation, farmers are seeing more profits from the reduction in disposal costs. Channel 5 KION News, the local news station out of the Monterey/Salinas California area picked up on Command's story and interviewed Pacific Gold Farms in California, capturing the farmer's perspective on how Command Packaging's Encore Recycling program has saved their farm at least $50,000 a year from landfill fees associated with disposing of the agricultural plastic waste. Taking a step further, the news group independently sought out Mayor Gunter of Salinas to tell his perspective on how the job creation has helped his local area. The news feature ends with a spotlight on smarterbags, the reusable bag product made exclusively with the recycled agricultural plastic, showcased as a benefit to the environment and our economy.

With so many positive touch points, the media has been quick to report on Command's story that satisfies the environmental community, the political interest, and the social responsibility of an American company. More recently, the US Environmental Protection Agency also took notice and recognized Command Packaging's efforts with the national US EPA Waste Wise Award. 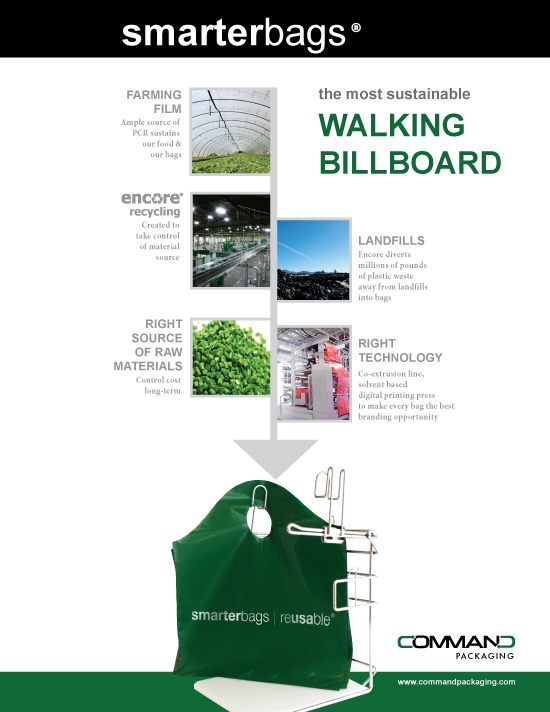 Forward to a friend

“A comfort zone is a beautiful place, but nothing ever grows there.” — Author Unknown